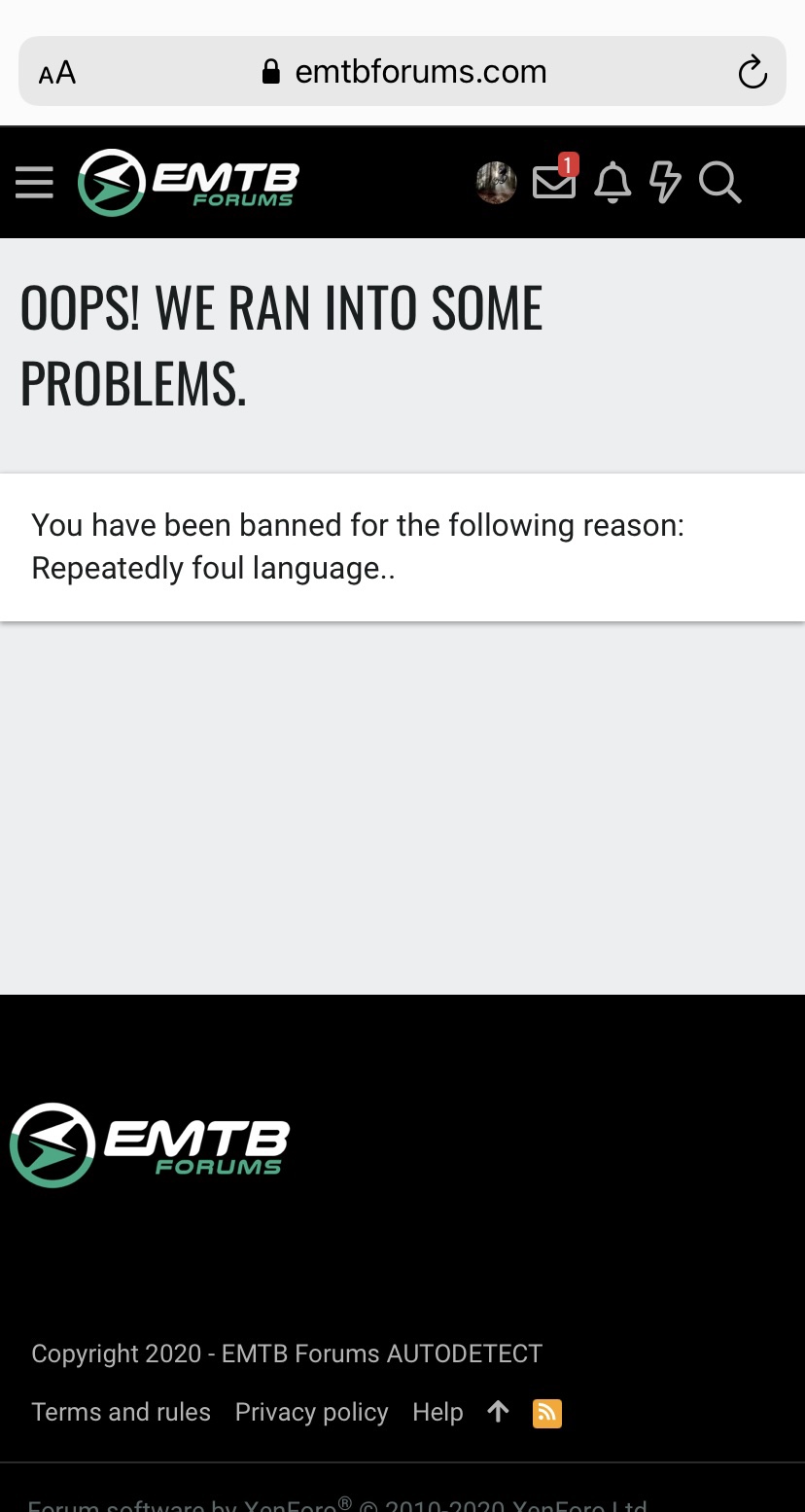 Update 3/20/21: OK… apparently the new TCU, the component replaced by the A- Team a few weeks ago, came with a new PIN code that needed to be used when connecting via Bluetooth. I had No idea. Thankfully my email thru Specialized Support web portal got to some helpful folks and we got it working.

Also.. strangely enough, the reason the Bluetooth signal was not recognized by my phone had something to do with being Indoors?!? While on the phone with the rep they had me attempt to connect after taking everything outside.. and.. Bingo! It worked. WEIRD..

So now my bike is back in working order, which is GREaT because when it works it is Rad. 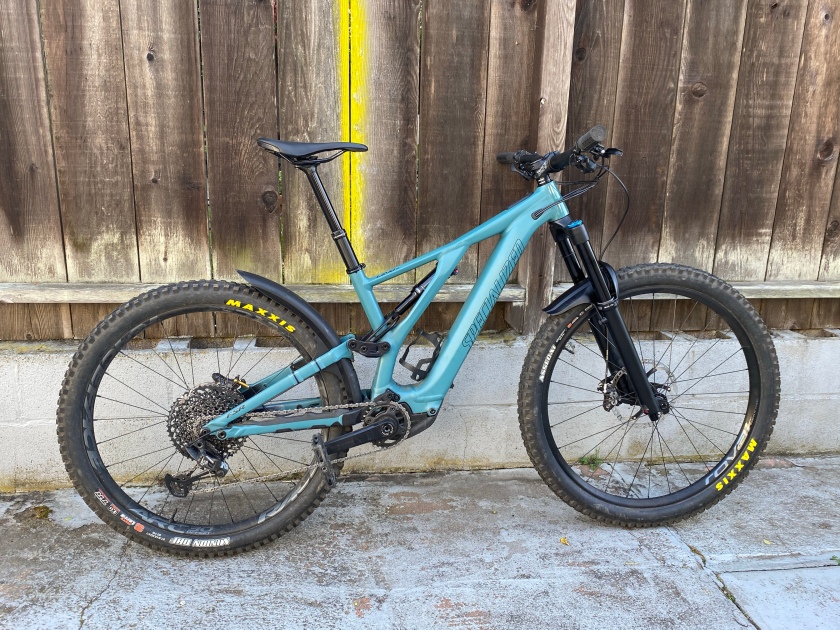 Mulletized, with Cascade Components linkage, stroked rear shock to 55mm, 2021 Fox 36, Saints… The bike really came alive with the Cascade linkage. The small rear wheel made it more controllable. And the Fox 36 and nice brakes allow it to be ridden like a real bike.

Update 3/14/21: 1st planned ride since the Total Failure…AND… it wont let me tune it so I won’t ride it. What an absolute disappointment.

No bluetooth connection. Won’t even show up in the list of available devices.

This bike is a Goddamn Fucking Joke. Anyone want a good deal on a lemon. (There’s got to be some kind of “make poisonous lemonade” analogy here but it escapes me)

I’ll be cleaning the garage today I guess. I need to change the tires on the 950 too so the day’s not wasted. But my friends are starting to think I’m lying about why I can’t make it to our planned rides…

Update 3/8/21: The bike is fixed (?) and was dealt with quickly by Specialized’s team of Levo technicians. I have not heard anything about what the problem was. My dealer’s tech wasn’t involved and didn’t have the details.

Fucking bike is dead. Finally got a new motor installed 2 weeks ago. That ordeal took 6 weeks to get sorted. Got 2 short and successful rides in last week. Aand today… it’s fucking dead.

After ruminating on this for a day I think it’s fairly clear I do NOT want to be riding an Emtb. I have never been so livid as I get when electronics fail. When my mtbs have issues… Its almost fun.. something I can fix.. but this, this shit is awful. And a major compounding factor is that I’ve got this bike so I can keep riding.. my heart condition has led me to the transplant clinic and it’s kind of a one way trip. (Never met anyone that came back)

It started as a “beep” while pedaling up the climb. Its a longish 10 mile 3000 ft climb and I generally run this bike in 15% support and get myself warmed up. (The 15% support allows me to not overburden my heart as I keep up with my friends)

About 5 miles in it beeps, and gets stuck in high power and that’s Not what I want. So I try and reboot to no avail. Eventually I got the bike stuck in No Power mode. Also Not what I want. And I’m Fucking Pissed. This goddam bike was in the shop for 6 weeks to get a new motor and on my 3rd ride it’s failed again. I got so pissed I picked up the bike by the rear wheel and swung it around and smacked it against a tree, hoping to snap something into pieces. But that brought it back to life…woohoo!

5 minutes later I bump into an older gentleman who, after listening to my awesome Rant admits to me he works at Specialized. With the assistance of the younger riders he was with (Also Specialized Employees?) He helped me “hard boot” it and said I should just keep rebooting that way when it goes haywire. So great… I do that. And catch up to my friends…

All was swell and dandy until the bottom of the Big Slide… when the bike went Blinky Blinky and refused any hardboot. It was dead dead then and there. And the remainder of my ride was no assist. About 1250′ very and 11 miles. Steep uphill for a couple miles and then mostly downhill. (But Really not what a guy with heart failure wants from the bike he bought to help not die.)

As you might imagine the climb SUCKeD. They really should give me my money back. I’m not sure I should ever trust this bike.

…And what’s the point if it can’t be trusted? Maybe this is a bike I have to ride only locally, where I don’t carpool for an hour to good trails? I would have been sitting near my bike for 5+ hours on Saturday because who could lock up a bike like this and go for a hike in the woods?

My biggest issue is one of expectations, as they generally are… The implied promise of an emtb is that they take you farther than you would otherwise be able to ride. The Gotcha, for me, was quick to arise; my emtb helped me get to the bottom of a steep ravine and then hindered me in my efforts to climb out.

And the disappointment was real, however manufactured, be it by marketing, or my own expectations, or some combination. As was the danger, the bike tried to pedal itself right off the trail down a cliff. There’s something here to be disappointed about about as well.. I generally am good with taking risks, acknowledging them and taking precautions as necessary. but there are risks associated with the electronics here that i feel are not well understood, even by the people making the product.

So a specialized representative did reach out and call me this afternoon. The bike (boat anchor for the time being) is in the shop now and I’ve been assured the A-Team is working in it, albeit from a distance as there are no A-Teamers within multiple hours’ driving distance of the East Bay Area. I am waiting for some explanations.

This bike is on it’s second motor and is dead with a total of 209 miles on it, and I’m thinking of that “Bushism” about the old saying “in Tennessee- I know its in Texas, probably Tennessee- that says, fool me once, shame on- shame on you. Fool me – you can’t get fooled again.” I really really don’t want to be fooled at all but am still at the moment feeling like a sucker…